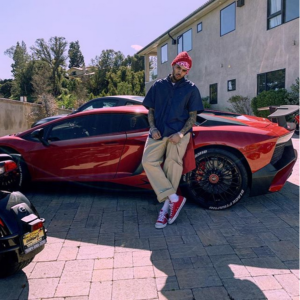 Following back and forths between Cardi B’s husband, Offset, and Chris Brown, authorities performed a wellness check at the superstar’s mansion. The conflict started after Offset called Chris Brown a lame for making a meme about 21 Savage’s immigration issues. Chris Brown then challenged Offset to a fight and even went as far as posting a screenshot of him giving Offset his address so that he could pull up. An onlooker anonymously alerted the authorities after being concerned about Chris Brown’s safety so they performed and welfare check at the superstar’s mansion and deemed him to be OK.

Who would you put your money on in a Chris Brown vs Offset fight?